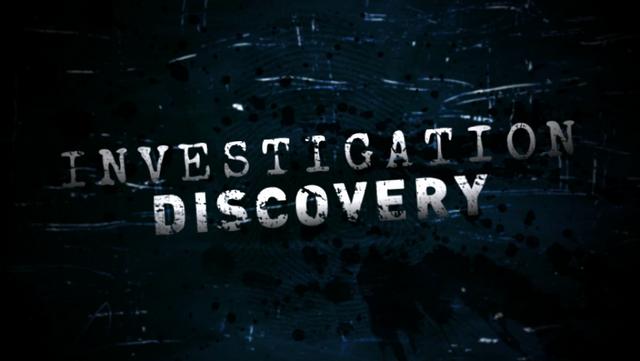 HONORING THE COURAGE OF LAW ENFORCEMENT, INVESTIGATION DISCOVERY GREENLIGHTS IN THE LINE OF FIRE FROM ATLAS MEDIA

(Pasadena, Ca.) – Investigation Discovery (ID) announced today the commission of the original special IN THE LINE OF FIRE from Atlas Media.  Honoring the brave men and women in blue who risk their lives daily to serve and protect all Americans, this special will profile some of the most captivating stories of heroic law enforcement in the face of insurmountable odds. IN THE LINE OF FIRE, presented by legal analyst Rikki Klieman, brings viewers into the heat of the moment to experience the stunning split-second decisions that changed the course of events and tells, first-hand, the emotional stories of survival from the police officers themselves. The special will air in Spring, 2015.

“With headlines across the country denouncing the negative and harmful acts of law enforcement professionals, Investigation Discovery is proud to create a special that showcases the important, positive, and oftentimes heroic role so many officers play in protecting and serving all of us,” said Henry Schleiff, Group President of Investigation Discovery, American Heroes Channel, Destination America, Discovery Life Channel and Discovery Family Channel.  “I can’t think of a more perfect journalist to headline this show – Rikki is a talented television presenter whose passion for honoring the courage of police professionals comes naturally, as she sees the daily duty and sacrifices made by officers led by her husband, NYPD Police Commissioner Bill Bratton.”

“In a democracy, the first obligation of government is public safety,” said Klieman. “The men and women who act to protect and serve all of us are my heroes.  I am amazed by the acts of exceptional courage and kindness that they perform every day which no one hears about.  I am so lucky to have the privilege to tell their stories which will make people think about their courage and compassion.  Some would say that these police officers are merely ordinary people asked to do extraordinary things.  I say they are truly extraordinary, that they have followed a calling, and I am proud to know them.”

“In this age of fast forgotten tweets and fleeting internet stars, it is a genuine honor to work on a project that celebrates our timeless heroes,” said Bruce David Klein, Executive Producer and President of Atlas Media. “With our friends at Investigation Discovery and the smart, passionate Rikki Klieman as our production partners, we couldn’t be more pleased.”

Television anchor, legal analyst, trial attorney, actor and best-selling author, Rikki Klieman has earned a sterling reputation as one of the nation’s most celebrated lawyers and legal authorities.  A dynamic and versatile communicator, Klieman found success in multiple fields, including television journalism, the courtroom, academia and public speaking.

Klieman is currently a contributor and legal analyst for CBS News.  Previously, she was an anchor at Court TV, later Tru TV, and has been a contributor to the CBS Early Show, NBC’s Today Show and E! Network.  She has appeared as a legal analyst on NBC’s Nightly News, CBS Evening News, ABC, CNN, CNBC and MSNBC, and was named by TIME Magazine as one of the top five female trial lawyers in the country.  She is also the author of the autobiography, “Fairy Tales Can Come True – How a Driven Woman Changed Her Destiny,” which reached the Los Angeles Times Best Seller List.

Founded in 1989, Atlas Media Corp is one of the world’s leading independent multi-platform producers of non-fiction television series, specials, theatrical documentaries and digital entertainment. Atlas combines the substantial resources of a mini-studio with the personal, passionate vision of a filmmaker. For nine years in a row (2006 – 2014), RealScreen magazine has named Atlas to its prestigious annual Global 100 list of the largest and most influential producers of non-fiction entertainment in the world. Atlas’ ratings-grabbing, award-winning productions has been broadcast on a variety of networks, including E! Entertainment, MTV, Discovery Channel, National Geographic Channel, HGTV, TLC, History, GSN, WE, and multiple series on Investigation Discovery including “Stalked: Someone’s Watching” and “Frenemies: Loyalty Turned Lethal.”

Investigation Discovery (ID) is the leading mystery-and-suspense network on television and America’s favorite “guilty pleasure.” From harrowing crimes and salacious scandals to the in-depth investigations and heart-breaking mysteries that result, ID challenges our everyday understanding of culture, society and the human condition. One of our nation’s fastest growing cable networks, ID delivers the highest-quality programming to more than 86 million U.S. households and is available in both high definition (HD) and standard definition (SD). For more information, please visit InvestigationDiscovery.com,facebook.com/InvestigationDiscovery, or twitter.com/DiscoveryID. Investigation Discovery is part of Discovery Communications (Nasdaq: DISCA, DISCB, DISCK), the world’s #1 pay-TV programmer reaching nearly 3 billion cumulative subscribers in 220 countries and territories.